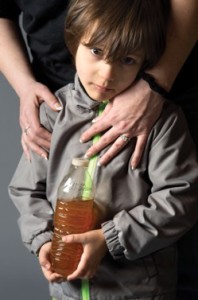 A Flood Of Crisis Communications

The Flint, Michigan water crisis will go down in history as one of the major health crises of 2016. Whenever something like this happens, there’s a lot to be learned from it; especially as it relates to communications and how the events were handled.

For a deeper dive into the water crisis, I recently attended a Public Relations Society of America (PRSA) – Richmond Chapter luncheon where the guest speaker was Mark Owczarski, the assistant vice president for news and information for Virginia Tech. Owczarski shared the university’s communication strategy involving how its professor and researcher Marc Edwards was tapped to give expert commentary on the issue.

Background On The Crisis

In 2014, Lee-Anne Walters expressed concerns regarding her children’s health. She was a bit alarmed when they began exhibiting rashes, hair-loss, and abdominal pain. The Michigan Department of Environmental Quality (MDEQ) discovered high levels of lead in her home’s water. The MDEQ officials could not further assist Walters in fixing the problem. She found herself at a dead-end (Adams & Tuel, 2016).

Marc Edwards, the Charles Lunsford Professor of Civil and Environmental Engineering at Virginia Tech, was referred to Walters by the Environmental Protection Agency. After testing several samples of the family’s water, Edwards discovered that it was the worst case of lead in water that he had seen in over 25 years. He determined that along with high levels of lead, the water also contained dangerous Legionella bacteria.

For more than a year, Flint residents were exposed to toxic water. Professor Edwards’ students assisted in the research process and were advocates for the safety of the city’s residents. One of Edward’s students stated, “They did nothing to deserve this. Nine thousand kids were potentially exposed” (Adams & Tuel, 2016). It was heartbreaking to hear that “1 in 10 children had elevated blood lead levels,” which can result in learning disabilities, loss of development skills, mental impairment, and more (pg. 1). Marc Edwards believed, “society must set its priorities to repair crumbling infrastructure and individuals must display the courage to stand up and take action” (pg. 1).

By fall 2015, Virginia Tech students and researchers had completely committed to solving Flint’s water crisis. According to Owczarski, Edwards paid out of pocket to replace all of the water pipes and faucets in Lee-Anne Walters home. There was no doubt in his passion and commitment to this project.

At the PRSA luncheon, Owczarski discussed the media relations efforts both during and after the Flint water crisis after news of the water problems officially broke and went public. Edwards, who served as the main spokesperson commenting on the study of the water and findings, was determined to ease fears and answer the overwhelming amount of emails and phone calls that he received daily from reporters around the country.

Initially, each media response from Edwards was personalized and he responded to each one-by-one. He was inundated with media inquiries and requests for interviews. Owczarski put his typical responsibilities on hold to essentially become Edwards’ full-time press secretary. The team created a live newsroom for Edwards to respond with Virginia Tech branding in the background and recorded several videos with answers to common media questions to efficiently distribute across all channels.

Edwards and Owczarski wanted to make sure that each and every interview was broadcasted to keep the press informed. Owczarski traveled with Edwards when necessary for in-person interviews and put together a team of Virginia Tech students to visit Flint with Edwards to continue testing the water in the community.

Owczarski ended his presentation to PRSA Richmond on the importance of branding. It was crucial that the Virginia Tech logo was represented in each news release, press conference, video, and broadcast studio. Virginia Tech received worldwide exposure, which led them to a new model of communications. Since then, media relation initiatives have supported the growth of Virginia Tech’s global reputation as a leading research university.

The PR lessons learned from this situation are as follows: