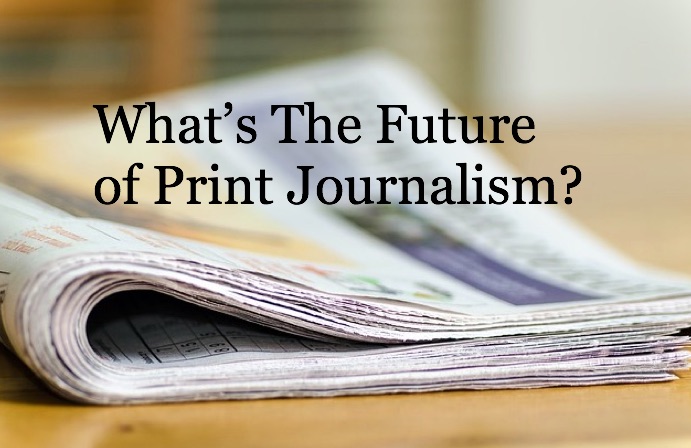 Monday, April 3, 2017 is a day that everyone at The Richmond Times-Dispatch will remember for a very long time.

It came as a surprise to the members of our team here at Commonwealth PR to hear that the daily newspaper headquartered in Virginia’s capital city would be laying off 33 full-time employees, reorganizing the printed version of the newspaper, and implementing other cost-saving measures.

“Surprise,” maybe not in the sense that the newspaper industry is hurting, but definitely a surprise to hear that the individuals I would call “colleagues” were let go. Thirteen newsroom staffers lost their jobs that day. I personally have worked with the majority of them in my career as a PR practitioner and two were near and dear to my heart.

According to a story in The Richmond Times-Dispatch, many reporters and editors had a long tenure with the paper:

Pauline Clay was one of the first individuals I met when I moved to Richmond in 2009. She showed me around the newsroom and let me sit-in on an afternoon editorial planning meeting. Since I was director of public relations at Virginia Blood Services at the time, I would send Pauline the weekly blood types that were needed and she would run them along with a fact about blood donations. When you work with someone every week for more than a year, you get to know them like a friend.

Higher education reporter Karen Kapsidelis was another person I knew well. She had covered our client UMFS several times and a program called “Courage To Succeed,” which helps graduates with autism attend college. A rare opportunity for many students with autism and a story Karen thought was important enough to cover. She also revealed to me her passion for gardening and plants following an interview on UMFS’ campus when she asked if we could swing by their greenhouse on the way out so she could check out what the students had been growing.

When PR people get to know reporters beyond what we hope they will cover in terms of our clients’ stories, things change. It becomes more of a friendship and we care about what is happening in their lives as much as they care about what’s happening in ours. Even though, they would sometimes still not hesitate to tell me “no” when I ask them to cover some client stories.

To those involved, it shouldn’t have happened. Even though it’s “just business,” it hurts. I know there’s a plan for what’s next and I’m hoping for great things for these individuals and their families.

But what happens next? As an industry, how do we move on with shrinking opportunities for our clients, or for reporter jobs?

I guess this is the world print journalism lives in now since the increase in digital mediums. As a former newspaper reporter myself, it’s a hard reality to face, but one that I am learning to adapt to and our staff here at Commonwealth PR is as well. We are constantly searching for new opportunities for our clients to get their message, stories and brand in front of the public. We are in the process of expanding a new digital platform ourselves using a format that has already been established in other states and cities and recently tied for first place with CNN and The Weather Channel in a digital journalism contest. (More to come on this later.)

Many newspapers are searching out opportunities for more paid content, charging PR firms to run news stories about their clients. Could this could be the answer to more revenue, or the death of true journalism? Maybe newspapers should hire individuals that can not only write, but shoot and edit video, take quality photos and share information across multiple digital and social media channels hourly. It’s already happening at the University of South Carolina’s Newsplex program. Newsplex is the University’s initiative to define and demonstrate best practices for the future of journalism and strategic communication. It has an international reputation as a center for the study of new media techniques. Do you think this is the future skillset of reporters?

Here’s another idea. Back in 2010, the Columbia Journalism Review did a story titled “The Future of Journalism?” about a company called Narrative Science that created a computer program that wrote a series of sports stories:

“This fall, the Big Ten and the Southeastern Conference offered college football fans more original content than ever, posting preview stories, in-game quarterly recaps, and immediate post-game analysis online—and all of it was created by a computer… and readers apparently never noticed the absence of a human scribe.

Is this the future of journalism as we know it today? I hope not.

For those who are still enamored by the thought of waking up and walking outside to get their news from a rolled-up stack of papers and read it while drinking a cup of coffee, these days might sadly be coming to an end.

Let us know what you think the future holds.