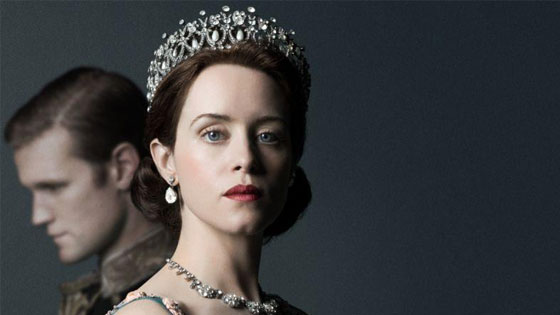 The Crown: A Lesson in Reputation Management Not to Be Ignored

If you’re looking for a royal example of reputation management, look no further than Season 2 of the popular Netflix series: The Crown.

With some needed time off over the holidays, I stumbled upon Season 2, and the binge watching began. I have to admit that I was intrigued by the series for several reasons. Of course, the uniqueness of the monarchy, its history, the architecture and drama all led my interest. However, the PR practitioner inside of me noticed something different that kept me glued to the television. Almost every episode involved the queen’s press secretary providing counsel on how the monarchy should respond to press inquiries and manage its reputation.

Episode 5, “Marionettes,” is the one that really locked me into this theme of studying how the queen’s press secretary – at the time Michael Adeane – would provide counsel to “Her Majesty.”

In the episode, a young conservative member of the House of Lords named Lord Altrincham, who was also a writer for a local newspaper, criticized the queen in an article for how she addressed the British people during a public speech that was televised throughout the United Kingdom. Despite later being punched in the face by one of the queen’s supporters following a TV interview where he made his case for the queen’s mistakes, Lord Altrincham was invited to meet with Queen Elizabeth to provide insight into his criticism.

In a turn of events, the queen’s press secretary actually wasn’t the one in this episode providing the PR counsel. It was Lord Altrincham. In a humbleness required by a face-to-face meeting with the queen, he asked her to modernize the monarchy and be more in tune with the people. One of the results was a 1957 televised Christmas address –  an activity that the Netflix episode portrayed Queen Elizabeth as being very uncomfortable doing. During the address, she makes the following comment:

“It’s inevitable that I should seem a rather remote figure to many of you… who never really touches your personal lives. But now, at least for a few minutes, I welcome you to the peace of my own home.”

“In the end, almost all of Lord Altrincham’s proposed changes to the monarchy were implemented,”  closing credits of Episode 5, “Marionettes,” read. “The palace later conceded that Lord Altrincham did as much as anyone in the 20th century to help the monarchy.”

So, what’s the takeaway from this?

For our team at Commonwealth PR, it’s an example that we need to help our clients listen to their customers, constituents, employees, and anyone else who has an interest in what they do. Having an attitude of, “It’s the way we have always done it,” doesn’t always work. It’s a sign that the media still has a way of getting their attention, and we should be ready to respond.

Now, if I could only get invited to Buckingham Palace to visit the queen.