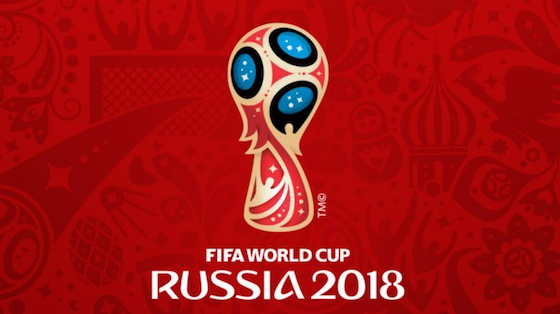 With the 2018 FIFA World Cup starting today, I’m reminded of all things soccer in my life.

Growing up, I lived and breathed soccer. I played rec as a small child, then travel or club soccer in the fall and high school soccer in the spring as I grew older. After graduating, I made the team at Emory & Henry College. Even after I graduated I was a coach for several high school and club teams in North Carolina.

There were many great memories from the sport, but one that stands out is the jerseys and branding of our team and others. This was most evident in the collegiate realm, but today many youth club teams have grasped the concept of branding their teams.

From today until July 15, a majority of world’s population will watch the largest sporting event on the planet. Even at our office, we will have the TV on with the hopes slipping into the conference room and catching a goal or amazing shot.

But what about the branding I mentioned earlier? Will that be a topic in this year’s World Cup? News reports show two different aspects of branding related to the games.

First, some brands appear to be hesitant to be involved due to the potential geopolitical aspects of the Cup being held in Russia. Marketing Week published this story: The Russia World Cup: A brand risk or a unique opportunity?

“Just 50 days out from one of the world’s biggest sporting events, brands still appear reluctant to get on board as FIFA World Cup sponsors or sound the whistle on their campaigns.

Ahead of the World Cup in Brazil in 2014, sponsors were touting their campaigns months in advance, signing up the stars of the game and getting their messages ready for the tournament. But this year, just weeks out from the start, few sponsors have started talking about their plans, with most brands telling Marketing Week that they won’t be ready to do so until much closer to the start of the tournament.”

A second angle to consider is the overall branding opportunities companies are now leveraging with those who are passionate about the sport and will likely be watching the games. Racked published this story on June 7: Is Soccer Cool? Brands Certainly Think So.

“… So. Many. Brands. Louis Vuitton launched a series of duffels and backpacks based on the hexagonal panel pattern of soccer balls. (There’s also a carrying case specifically for your World Cup trophy. Because always be prepared?) Pepsi partnered with Boohoo, BoohooMan, Umbro, Le Specs, New Era, and Anteater on ‘a global capsule fashion collection centered around football.’ Perhaps the company hopes fans will wear a red, white, and blue crop top or graphic tee into the World Cup stadiums, guerrilla marketing at the Coca-Cola-sponsored event. The Swedish brand Acne released a soccer line, too: It’s called “fotbollsklubb.” The $60 classic whistles are out of stock, but you can still get a $220 pair of unisex shorts (complete with fake football club emblem and jersey number) in ruby red or a $390 chocolate brown logo sweatshirt. Not to be outdone, Virgil Abloh and Nike created a Nike x Off-White c/o Virgil Abloh soccer collection. It’s not available to the public until the start of the tournament (and even then, good freaking luck), but the line was already gifted to the Boylan Catholic High School soccer team, which once counted Abloh as a player. German soccer star Jerome Boateng also got some gear from the designer.”

What both articles make very clear is that people are passionate about their football (soccer) and their brands and smart companies are leveraging the sport, as well as the World Cup, to promote themselves.

Our client CineSports is also jumping in on the opportunity. The company was started by two former VCU and Richmond Kickers stars who had a vision of creating a unique way to record games by using artificial intelligence and other digital video tools to analyze plays and tactics. While they got their start setting up their system at major universities in Virginia, they are now managing installations all over the country at professional sports arenas and other locations.

During the World Cup, they will be utilizing social media to give away prizes based on the games, winning teams and other events surrounding the games. General soccer fans and other sports fans will find them and engage with the brand through these tactics.

Are you leveraging the World Cup to build your brand? It should be a “goal” that is considered as part of your overall marketing program.