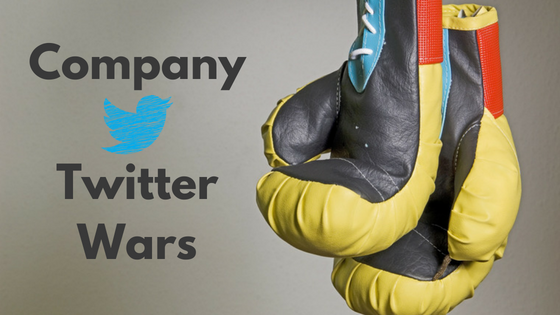 Social media can make or break a company. Gaining a large following on social media builds the overall awareness of your brand and provides you with a platform for owned media content. However, a small mistake online has the potential to cause serious damage to a company’s reputation and business.

Recently a huge trend amongst companies — namely restaurant chains — has been taunting or “roasting” competitors on Twitter. From a PR standpoint, this is a risky move and social media managers must be extremely cautious of not crossing the already-thin line. Because of the risk involved, most companies stray away from the sarcastic Twitter banter; however, the brands that do Twitter wars right reap the benefits, becoming a follower favorite.

Unless you have been living under a rock recently, you have probably heard all about IHOP’s shocking name change. In an effort to promote the chain’s new menu item, it underwent a “rebrand” and was renamed IHOb. For those of you who are just joining this nightmare, the “b” stands for burgers. In reality the new name was actually a promotional stunt. Don’t worry, the general public weren’t the only ones scratching their heads at this seemingly sudden change. In fact, a wave of restaurant chain competitors flocked to Twitter to share their disapproval.

Check out some of the Tweets poking fun at IHOb below. What do you think about the company twitter wars? Is it a good or bad tactic to taunt competitors on social media?