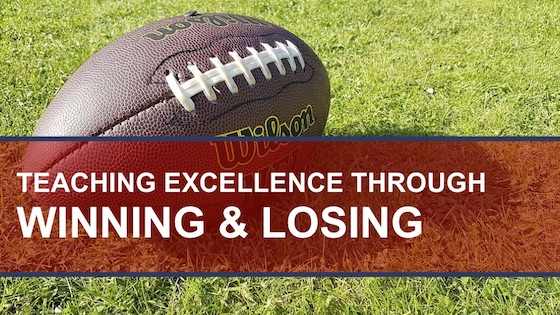 I’m sick of hearing people complain that once again the Alabama Crimson Tide and Clemson Tigers were the teams playing in the national championship and that the Patriots are in the Super Bowl again. In fact, it’s such a lousy complaint that I thought I’d write a blog about it.

There’s a great book that everyone at Commonwealth PR is encouraged to read when they start working at our firm, and I think it correctly illustrates why these people are complaining about Alabama or New England. QBQ or Questions Behind the Question by John G. Miller is the name and it encourages you to not ask questions like: y do we have to go through all this change?”

– “When is someone going to train me?”

– “When will that department do its job right?”

– “Why don’t they communicate better?”

– “Who’s going to solve the problem?”

Instead, the book encourages you to ask the question behind the questions, which is really a question of “personal accountability.” This is something that I think can be applied to this scenario of the Patriots always making it to the Super Bowl, along with Alabama and Clemson dominating as well.

The question those complaining should be asking is, “What is causing them to achieve this success and how can I duplicate it?” Or, “What is the Patriots’ leadership doing, saying or teaching to ensure repeat wins, and can I do the same?”

Let’s face it, it’s easy to complain, especially when you’re losing, such as our local NFL team up in Washington (I’ve tried to become a fan, I really have). However, it’s hard to look at those you’re losing to and think about what you can learn from them to better yourself and match what they are doing to become a winner. The complaints of Tom Brady leading the team to another Super Bowl are a lazy way to admit that you’re NOT interested in becoming better. QBQ teaches to think about what we can ask ourselves to eliminate blame, victim thinking, complaining and procrastination. (I do recognize that most individual fans have nothing to do themselves with the success a sports team, but if you’re reading into this post with that approach you’re missing the point.)

As Commonwealth PR prepares to celebrate its 10-year anniversary, I wouldn’t trade what we’ve learned from winning against and losing to competing Richmond-based PR firms for anything. While we certainly won some accounts that we were competing for, we also lost some too. When we did lose, I was sure to ask the question behind the question in those cases, which made us stronger, smarter and better prepared in the long run.

So, place your wager on being a “thinker” and ask yourself the question behind the question before complaining about those who are winning. It’s something we teach our clients, colleagues and friends. Just try not to wager against Brady this Sunday.